Exploring the Intersections of Faith and Life

from July 23, 2007
Rules of Transformative Leadership

Thanks to one of our pastors for forwarding on an e-news from Bishop Will Willimon of the North Alabama Conference of the United Methodist Church – this one seemed very relevant to the subject of today’s e-news. So I give you Will Willimon …

In previous emails I have noted that we pastors must conceive of ourselves as transformers rather than mere managers. Fidelity to Christ means a willingness to change, to be transformed. Pastor Anthony Robinson helpfully lists ten “rules of leadership” that are particularly applicable for pastors who serve congregations where people are resistant to change.(1) They are a good list of working principles for pastors who want to be transformative leaders within the congregation. I’ll list five of Tony’s rules this week and five in next week’s email:

1. Give responsibility back. When a layperson says, “Somebody ought to be doing this,” Robinson says he learned, as a pastor, to say, “That sounds like just the thing God may be calling you to do.” We must, in our pastoral leadership, help the laity reclaim that baptismally bestowed ministry.

2. Expect trouble. Too many pastors see themselves exclusively as peacemakers, reconcilers. Most of us pastors like to be liked, enjoy pleasing people. But conversion is inherently part of the Christian faith. The call for relinquishment of one belief and the embrace of another can produce conflict. People do not give up power easily. Sometimes, the congregation is dependent upon the pastor to ignite needed changes within the congregation. I vividly recall a morning after an unusually stormy board meeting. I sat in my study wondering what went wrong. Had I pushed too soon? Should I have been more patient? Ought I to have been more careful in my advocacy of a controversial position? Then I turned to the work at hand, preparation for next Sunday’s sermon from the Gospel of Mark. As is typical of Mark, the text was a story of conflict. Jesus preached. The congregation reacted in anger and rejection. It was as if a light went on in my brain, as if a voice from the text which asked, “Now what about your situation do you find surprising? Jesus encountered trouble. Are you a better preacher than Jesus?” Trouble comes with the territory when the truth is involved.

3. Value small steps. It is a virtue to have a long range vision, but it is essential for the pastor to realize that one gets there by a series of many small steps. There appears to be something inherent within the nature of the gospel that values small things – the widow’s coin, the pearl of great price, the few seed that fell upon good soil – small things that the world regards of low account. Robinson urges us to remember — as we have the one-to-one conversation, as we teach the only two children who showed up for Sunday School, or visit the one sick person — that the Exodus from slavery began with one step toward the Promised Land.

4. Plan. If you do not know where you are going, almost any road will take you there. Laity complain about the wasted time and dissipated energy that result from having no long range vision for the congregation, no means of holding ourselves accountable, no way to know when we have actually accomplished something and ought to celebrate. Planning helps keep a church on course, enables a pastor to prioritize pastoral time and focus energies in a commonly conceived direction.

5. Identify the vital few. Who are those who like to get things done? Who in the congregation can be counted upon to make things happen? You may not be able to rely on the officially elected leaders in order to initiate transformation. Sometimes the traditional leadership structure has too much at stake in preserving the status quo. Don’t tackle too many things at once; stick with the few things that are essential and possible. Give the congregation a few victories to celebrate rather than risk constantly being overwhelmed with many defeats.
Next week I’ll list Tony’s final five rules of transformative pastoral leadership. Let’s each of us measure our ministry by Robinson’s rules and rate our own effectiveness as pastoral leaders. 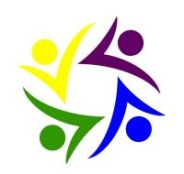 A Place to Think

A place for questions, for random thoughts, and for exploring the intersection of faith and life

Life is a Journey …

Life isn't a destination;
it's a journey.

We all come upon
unexpected curves and
turning points,
mountains and valleys.

Everything that happens
to us shapes who we
are becoming.